Migrant traffickers tricked a group of migrants and told them they were in El Paso, Texas, when they remained in Ciudad Juárez. In reality, they never made it across the Rio Grande

CIUDAD JUÁREZ. – After a journey that was a little over 3,000km, which María undertook via highway in order to arrive at the border and cross to the United States, a group of men presumed to be police interrupted her trip.

The 28 year old woman, originally from Guatemala, said that members of a police force handed her over to an organized crime group, who kidnapped and held her with her one year daughter and another 65 migrants for 40 days.

“The police sold us to the mafia,” said María, from La Libertad, Petén in the north of Guatemala. We’ve changed her name here for security reasons.

She said that she left home on January third of this year, accompanied by the youngest of her three children, to travel to Ciudad Juárez and cross the border. Her goal was to get to Florida, where her sister migrated two years ago.

I arrived here five days later and the people that were supposed to help me cross took me to a warehouse to wait my turn, there were around 65 people there. I was there for a few days, on a Monday the police arrived and took all of us and handed us over to the mafia.

She is sure it was the police who arrived that night to the warehouse, because when the man in charge of the place realized, he told everyone they were officers, that no one should complain, but they had other aims and they beat him to the ground.

Regardless, she said she doesn’t know what police department the presumed officers belong to. She said the group was made up of five men and one woman who had their faces covered in ski masks and were travelling in what looked like regular cars, as they didn’t have any insignia.

“They were dressed in police uniforms, they weren’t soldiers, they had a uniform that was like a washed out green and they had guns, and they said if we ran they would shoot, so no one did. They put us in various cars and they took us to a house that was all closed up, we couldn’t see a thing, they left us there with the mafia,” she said.

She said that the man in charge of the house told them he would help them cross to the US, and when they arrived in El Paso they would have to call their family members so that they could deposit cash in order to pay for the crossing.

“Even given everything, we thought it was true that they were going to take us over to the other side, and we said yes, we’ll call our family members to pay them,” she said.

She said among the migrants who were held in the house, which she has no idea where it is located, there were many people from El Salvador, Ecuador, Honduras and Guatemala.

After a wait of a few days, she said, her captors let her out because they would finally be inside the US.

“One night they took us out and they made us run, first along a stream and then down a street. They told us we were already on the other side, that soon a truck would arrive for us to take us to a safe place while we waited for the money that we had to pay, and then they would take us to Dallas,” she said.

“The truck showed up right away and we got in quickly, they put sweaters over our heads, and took us to another house where we couldn’t see anything and we were held there for more days,” she said.

Over time, they realized their captors had tricked them. They were told they were in El Paso, Texas, when in reality they remained in Ciudad Juárez. They never crossed the Rio Grande, it was just a stream. And they were kidnapped, during which time their captors used their cellphones and called for ransom money in exchange for freedom.

She explained that while she was in the supposed house in El Paso, they asked for her family’s number in order to have them pay for the crossing, as they would be the ones calling to organize the deposit.

“They kept us there until they had everyone’s money. After about 10 days we started to lose hope and we started asking why they weren’t letting us go if our families had already paid, but they ignored us, they just smoked weed and listened to music,” she said.

The desperation among the migrants grew, and the demands grew increasingly loud, so their captors took more drastic measures against them, yelling and punishing them, denying them food and permission to use the bathroom, she explained.

“My daughter got sick because she hadn’t eaten, they didn’t even give us a bit of bread, and she wasn’t drinking milk because they weren’t buying milk, much less diapers, so I had to tear up some cloth or something to use as a diaper,” she said, between tears, as she held her daughter who is now recovering.

She struggled to speak through her tears, saying that the last five days in captivity were the worst, because their captors were eating in front of them and her daughter asked for them to share, but they ignored her.

“It made me feel so sad, because they would eat pizza or chicken and my daughter would ask for some, but they wouldn’t share, they ignored her, she cried and they didn’t give her anything, they didn’t care,” she said.

After 40 days in captivity, her captors, who she describes as young men with tattoos, got upset with the migrants’ increasing demands and they said they would transport the group to its final destination that night.

“They told us they were going to take us to Dallas, because supposedly we were already in El Paso. First they took 20, then 20 more, then the last 20. Finally they took us together with two other young men and they dropped us off near a church, maybe because I had the baby they left us there and not in the hills or in an abandoned area,” she said.

When they asked for help at the church, they realized they had been fooled, that they were still in Ciudad Juárez and not in the US as they were made to believe.

That night, she says, the pastor of the church where they asked for help took them to his house and gave them a meal because they had gone days without eating. He let them stay over and took them to a migrant shelter the following day.

She said that the shelter where they were taken brought them before migration authorities, who she couldn’t identify, and then they were sent to another shelter which she has been asked not to mention out of security concerns.

“We were held for 40 days, at first we thought they were going to take us over there (to our destination), we never imagined they would be like this, we would pray and one of them would even pray with us, but then we began to lose hope,” she said.

She said that after leaving captivity she communicated with her mother, who knew that she was kidnapped because they asked for ransom money, and then, when she called her cell, no one answered.

María, who decided to migrate to the US to seek employment after her husband left her alone with three children, said she travelled alone with the just baby because she had received a loan for 120,000 Quetzales (around $15,000) in order to pay for her trip from Guatemala to Florida.

She said she made the trip with the help of “guides” (migrant traffickers), who she hired in her hometown. From Petén to Huehuetenango, on the Guatemala-México border, she traveled by bus and continued by car to Gracias a Dios, on the Chiapas border, where she entered México. From there to Ciudad Juárez, a trip she made along highways in trucks that would change from city to city.

When the interview with her was carried out in mid-March, she was still distraught, as her daughter was still suffering the impacts of the lack of food during captivity. María said as soon as she was freed, she sought to cross into the United States.

She said she went to one of the bridges and handed herself over to US immigration authorities, but the agents told her to go back to México and wait, because otherwise she could be deported to her country.

“I went back to the shelter feeling extremely sad because I don’t know how long I’ll be here, but I’m going to wait, with everything I’ve been through I’m not going back to Guatemala, I’ll stay as long as I have to in order to make it over to my sister up there (in Florida)” she said.

Later, the shelter told us that after a number of weeks, María was able to cross over to the US with her daughter, who recovered with medical support. There was no official registration of the kidnapping they suffered in Ciudad Juárez while waiting to cross the border.

The Guatemalan migrant declined to present a report to authorities out of fear and distrust, as she always maintained it was the police who handed them over to criminals who kept them in captivity. She chose to leave, rather than to seek justice.

This report was originally Published in La Verdad, Periodismo de Investigación, which is part of the Media Alliance organized by Red de Periodistas de a Pie. You can read it here.

This is one of three stories originally published by La Verdad Juarez, that show the barbarity and victimization that migrants experience on this border after their crossin of Central America and Mexico.

In Juárez, eight out of every 10 migrants have suffered some type of abuse, rights violation, or other criminal act. However, due to fear and distrust, it’s estimated that only one out of every 100 people in transit that has been a victim of a crime has made a formal report.

«It’s not enough that they arrive malnutritioned, dehydrated, sick, and with damaged feet from so much walking. They arrive emotionally and psychologically broken because when they think they’re on the brink of achieving their goal– crossing to the United States– they’re violated, have their belongings taken, and in some cases, lose the spirit to keep going…». 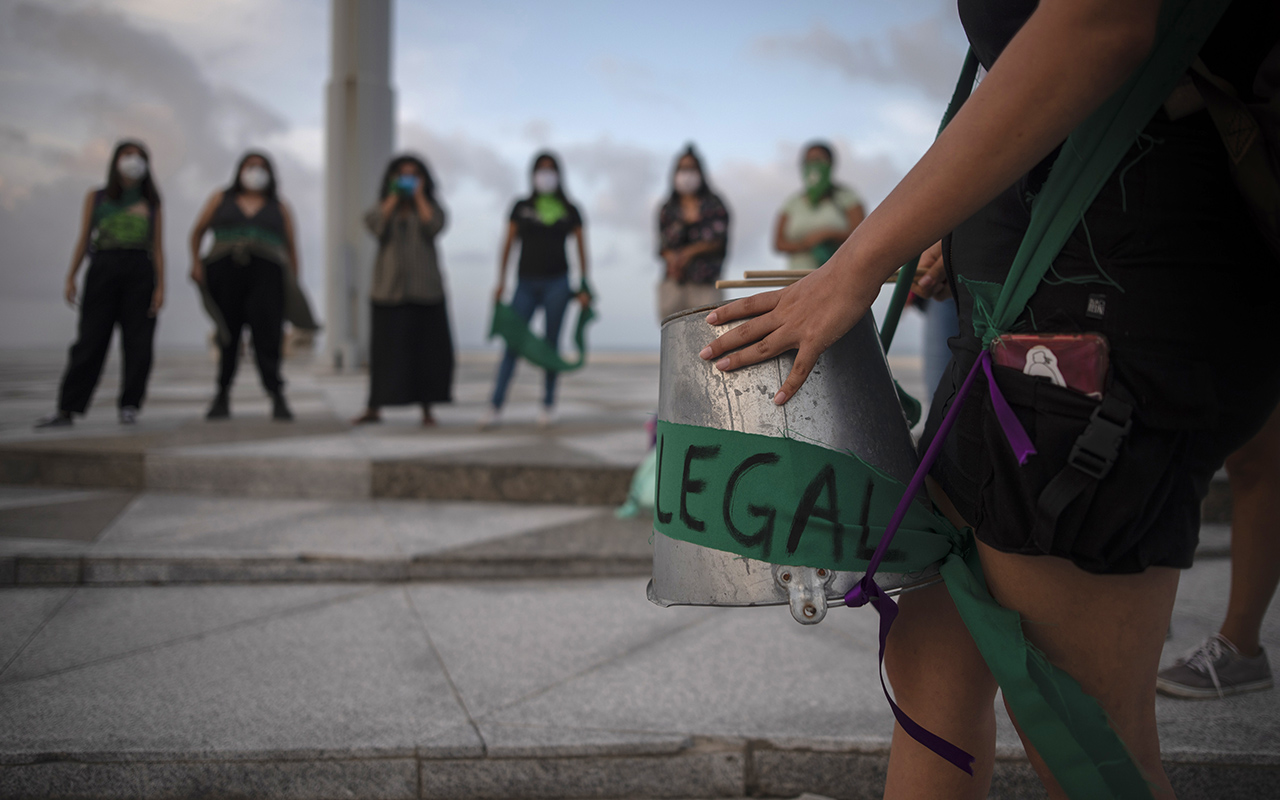 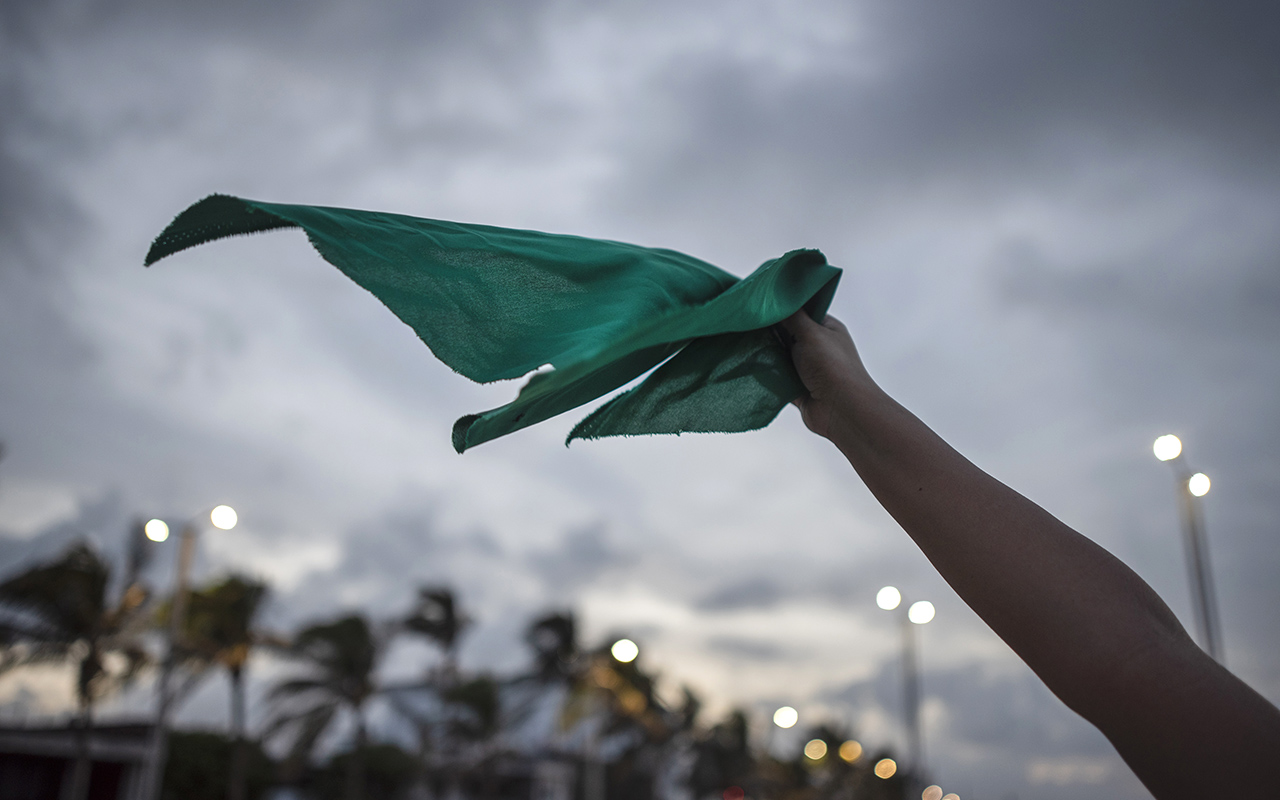 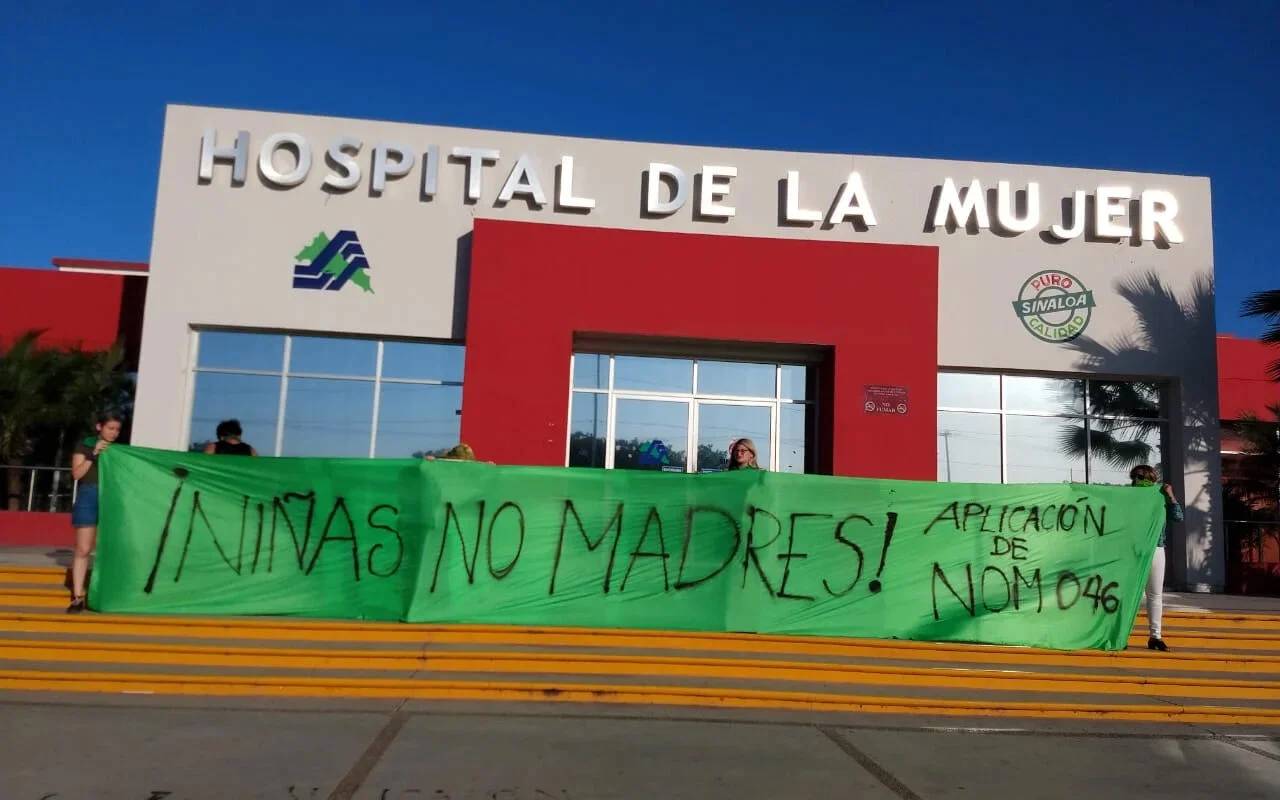 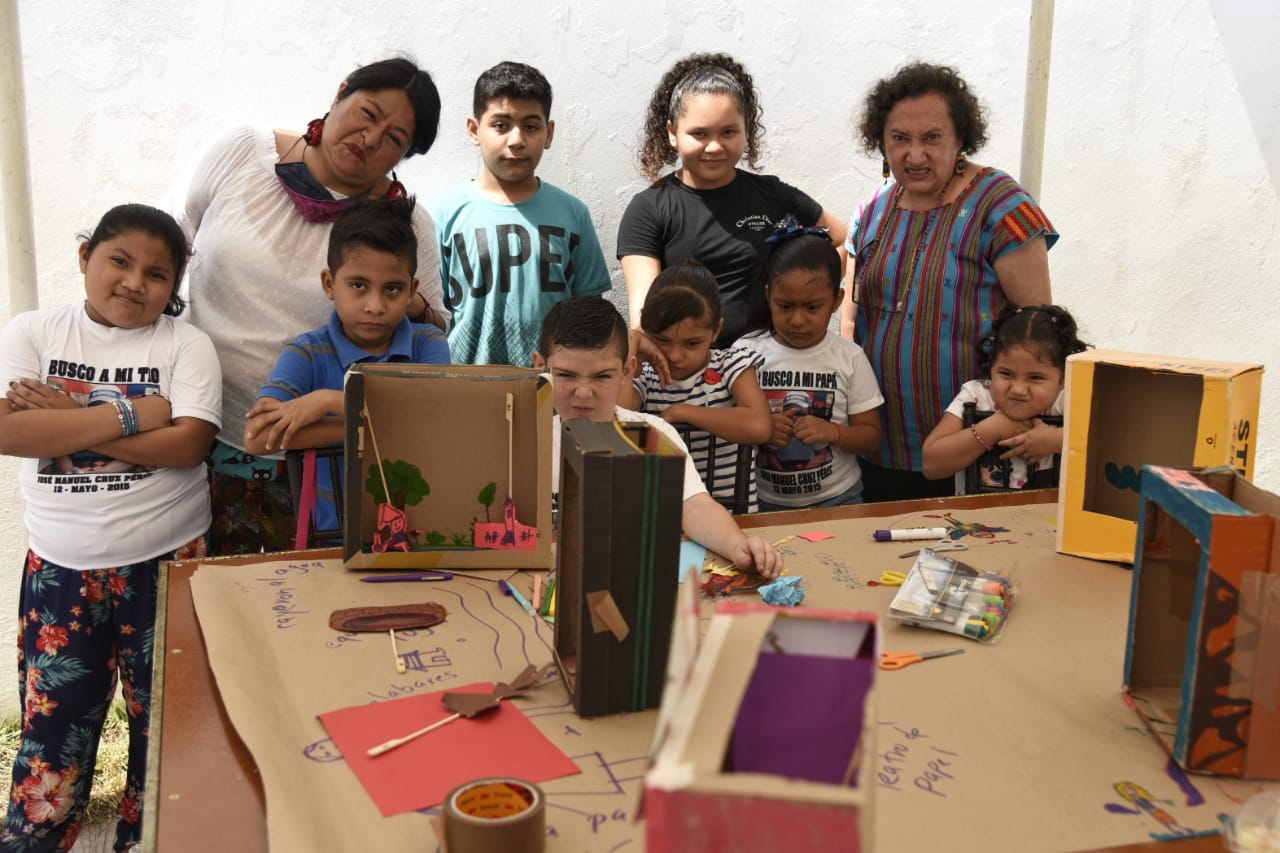