Getting an abortion at home is not about using hangers, getting punched, bathing in boiling water or tightening a belt over you stomach, as it’s portrayed in movies. Feminist collectives in Sinaloa, trained in WHO approved techniques, are helping women choose what happens to their bodies.

In Mexico, feminist collectives have celebrated recent legal strides in the fight for legal abortion. Even though their position has become more visible and openly supported, it must be said that often, the struggle of feminist groups has been a long time in the making, and is often overlooked.

Feminists in Sinaloa are active defending the right of women to decide about their own bodies, and have been accompanying women who want to have an abortion. This, in a country which, according to the National Population Council (CONAPO), 1,000 babies are born to child and adolescent mothers every day.

Getting an abortion at home is not about using hangers, getting punched, bathing in boiling water or tightening a belt over you stomach, as it’s portrayed in movies. Rather, feminist collectives in Sinaloa trained in WHO approved techniques are helping women choose what happens to their bodies.

Among the collectives in Sinaloa that provide this kind of accompaniment are:

The story of Korina Cervantes: “I’m for that”

“My name is Korina Cervantes, I’m the legal support person with the Legal Pregnancy Interruption Collective (ILE) in Sinaloa, and I’m also part of the Active Sinaloan Women Collective (CMAS) and Altered Feminists.

“My story with abortion started when I was a girl, just six or eight years old. I realized that a family member who was 16 years old was pregnant, and I saw that she had many difficulties at home because of it. Obviously I was really young and I didn’t know the right words for it, but I thought that I didn’t want to get pregnant at that age, and if I was, I wouldn’t want to have to go through all of that.

Since then, I’ve known that if I had an unwanted pregnancy, or that if I did get pregnant so young, I would either not have it or give it up for adoption.

“It was in high school, in a sexual education class, when I learned the word abortion, and that’s when I said, ‘aaaah, yes, I’m for that, I’m fine with that.’ I finished highschool and started studying law in university with that in mind, abortion was always part of my research.

“The first time I accompanied someone, I don’t remember if it was in December of 2014 or in March of 2015. A very close friend got pregnant and she said she didn’t want to have it, and she trusted me, she told me that she didn’t think I would judge her. She asked for help, and we decided to investigate and see what we could do.

“Back then there wasn’t much information about abortion, to be honest. So we researched the entire process, I found a manual and a tumblr page that explained everything we had to do. We went to the pharmacy and bought the pills and I studied the entire process so that I would be able to explain it to my friend.

“It was complicated, it was my first time helping someone, I didn’t have the experience then that I have now and I was worried, but in the end everything was fine.

“That’s when I started to find out about other women who were pregnant and who didn’t want to be, so I offered help and gave them information.

“That’s how I started, and how I got here, to 2021, helping women. Now I’m experienced and I have more education, in fact I received training from the Las Libres Collective in Guanajuato, they have years of experience using the protocol and they helped me understand some of the myths and questions I had around the legal aspects. The Information Group for Reproduction by Choice (GIRE) also does events against the social stigma around abortion, and that type of thing.

“To date, no one I’ve accompanied has experienced complications. Yes, the women have become frustrated at the level of vulnerability they face, but the reality is that for a safe abortion medications are used, it’s not invasive and the probability of bleeding out is one percent, in fact there is a far higher probability of bleeding out when giving birth or during menstruation.

“Sometimes there’s not enough trust in someone you don’t know, that they could be helping you, and it makes sense that they’d rather go to a hospital. My role is to support and give information. They’ll ask about the protocol, and I’ll explain things to them, from questions about ultrasounds to what happens after the abortion.

“Regarding the legality of what we do, the reality is that we don’t give abortions, we just give information, and access to information is a right.»

Regarding the issue of legality in the accompaniment process, Mariel Yee, who is a member of various collectives, including CMAS, Women on Bikes Culiacán, Altered Feminists and ILE Sinaloa, says abortion isn’t something that should be hidden away. On the contrary, the goal of feminist collectives is to get rid of the stigma that is connected to clandestinity.

“People need to understand that this is a human rights issue, and human rights are not negotiable. We know these struggles have not been easy historically, and yet here we are, organizing among women so that our rights become a reality,” said Yee.

For Mariel, the right to decide on one’s own body is inherent. Diverse feminist collectives have trained themselves to accompany women who want to have an abortion.

“We share information that isn’t secret. What’s important is that we share it in the most direct manner possible, following various protocols, for example that of the World Health Organization, and the NOM-046 that exists here nationally,” she said.

“Support networks aren’t just for specific processes of interrupting a pregnancy, we also help with emotional and legal support,” she said.

She said that now, with the terrain that has been gained in the Supreme Court (SCJN) regarding the decriminalization of abortion, they will keep fighting for legal abortion. The issue of accompaniment will not disappear, she says, since it is important for women to have the option to abort at home or in a medical clinic.

In 2020, there were 373,661 births to teenage mothers in México, of them, 8,876 were to girls under 14 years old. Girls between 10 and 14 years old became pregnant by a family member, a friend, someone they don’t know or an ex-boyfriend. Most of these pregnancies result from rape or arranged marriages. 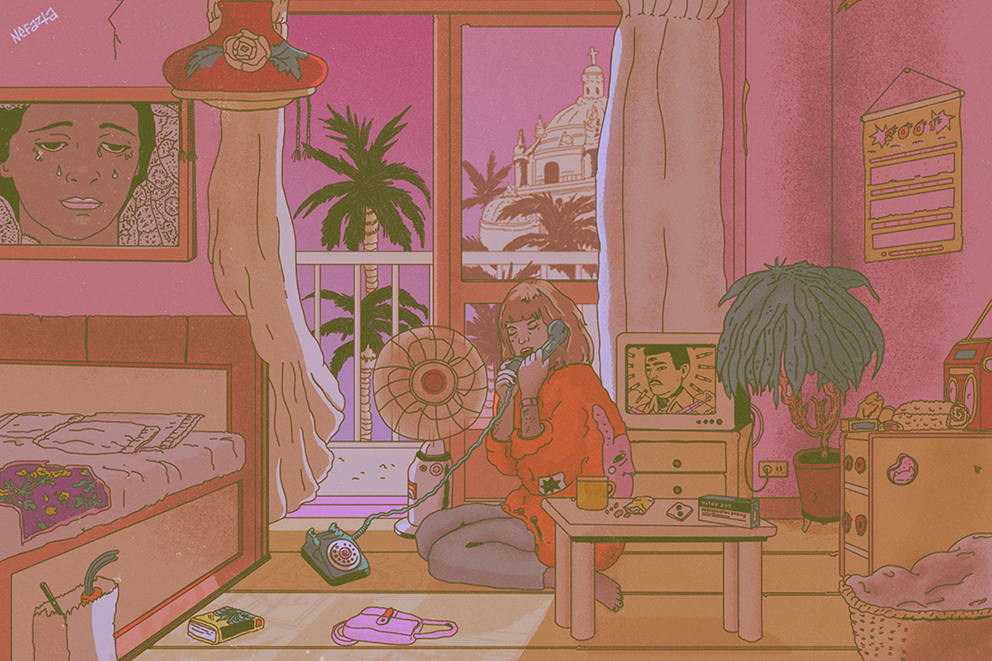 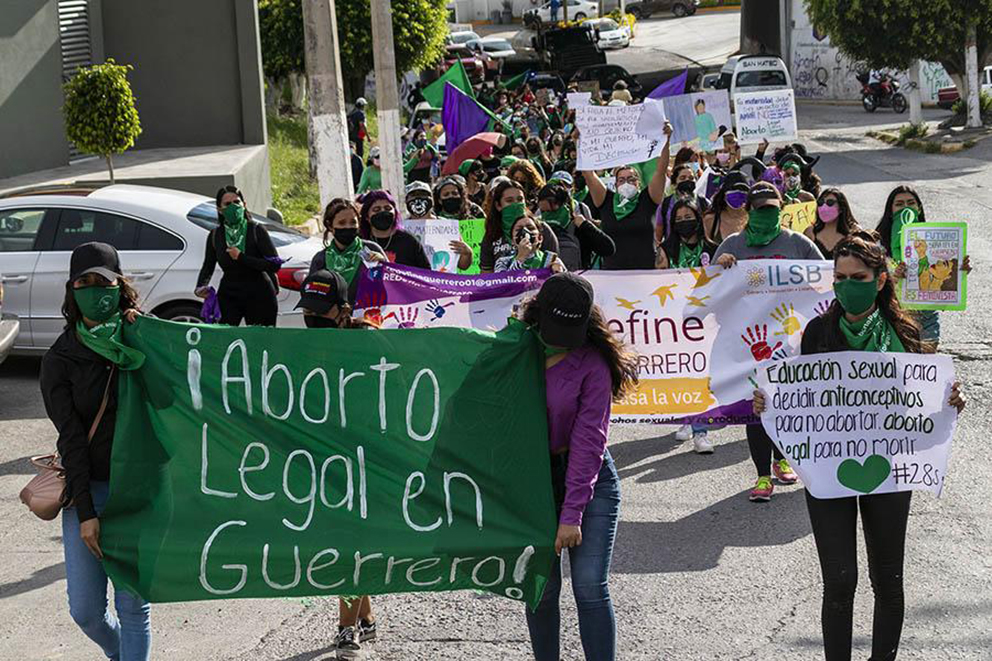 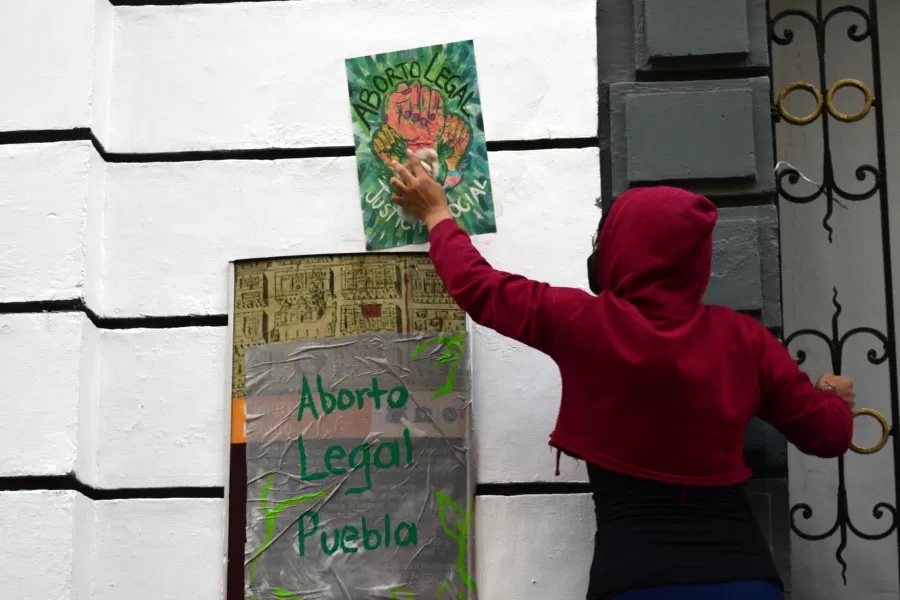 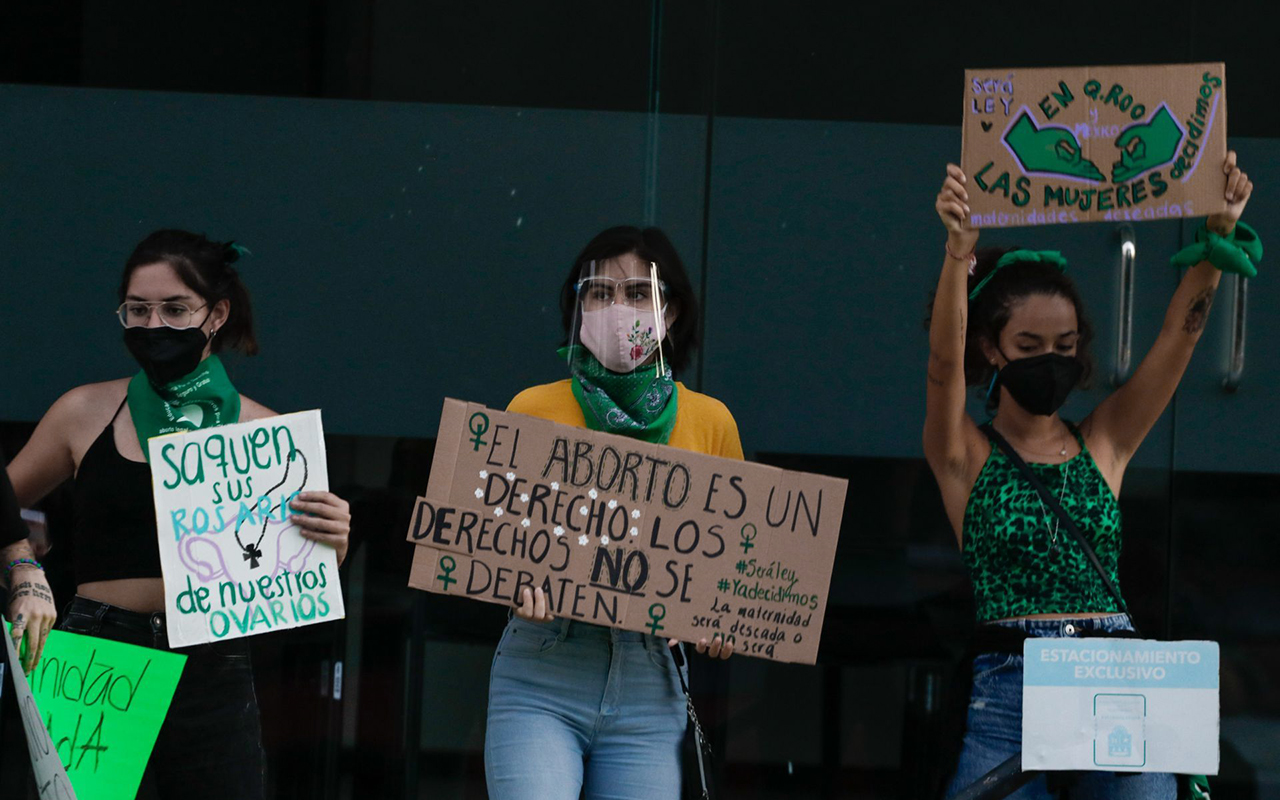