A false sense of security in Chiapas: How COVID cases are being kept from the public eye, and why it matters

Official data show the state of Chiapas has the second lowest number of cases of SARS-Cov-2 in México with an average of 14 cases a day, which means that the state was marked “Green,” under Mexico’s epidemiological stoplight system. But this investigation, carried out in the state capital Tuxtla Gutiérrez based on information from private laboratories contradicts this data. It found that according to the number of tests carried out daily, the number of people affected is 20 times higher.

These numbers are supported by the testimonies of hundreds of people who, though they have not had a test for the virus, have experienced symptoms that correspond to Covid-19 between November 23rd, when the “Green light” was decreed, and January 11, when this story was published. Since then, the stoplight in Chiapas has been turned to “yellow.”

Specialists say the green light in Chiapas gives a false sense of security. When the public has the perception that Chiapas is among the states with the lowest number of cases, proper health measures are not taken.

Faced with the omission (or negligence) of the authorities, citizens and private sector initiatives have begun to enact containment measures in an effort to save lives.

January started out in the color red for thousands of families in Chiapas. At 6am on January 5, Lucía “N,” a government worker who works in the Plaza Building, arrived with her mother to a private laboratory run by a pharmaceutical company on 21st and 9th street in Tuxtla Gutierrez.

When she arrived, she noticed that a number of people were already waiting in line to receive one of the 25 tokens the company hands out each day for an antigen test, so that they can determine whether or not they have contracted the novel coronavirus.

The tests started at 9am, there was already a list of 36 people before Lucía, and many more arrived after her as well. More than a dozen of those in line arrived after seeking –without success– a chance to get a token to have a test done at another one of the more than 20 private laboratories in Tuxtla Gutiérrez that carry out SARS-CoV-2 tests.

The services of these companies have been full since the last week in December, according to one employee, who said that the demand is related to a second wave of the virus in the capital.

That week they had had 58 positive tests, according to the employee, and by 11am on the day that Lucia arrived, of four tests performed, three were positive. Two of the positive cases were middle class women who had arrived in a sports car, and the third was a worker with a cable TV company.

In the line-up to do the test was a young student, a lady who sells in a market stall, various senior citizens, and Lucía, a government worker.

In December, the government of Chiapas did a campaign so that the population would avoid holiday celebrations, but Lucía said she was sure people were getting sick from working in government buildings during office hours.

In my area there’s eight of us in a 20 square meter room, where we breathe poor air, because there are no windows. That’s how all of us in the Plaza Building work, and we’re not allowed to stay home. That’s where I got it, and unfortunately I gave it to my daughter, my husband, my mom, and my brother, who gave it to his in-laws. Seven people in my family are sick with COVID, she said.

But of the seven cases in her family, none have been counted in official statistics, because they didn’t do their tests in the state laboratory. “When I noticed the symptoms I called the government helpline, a team arrived and said they would be back with a doctor to do the test, but then they just called me by phone and said if I couldn’t breathe I should go to the hospital. They never called me back.”

The team of reporters that carried out this investigation called every pharmacy and private laboratory that does SARS-CoV-2 tests in Tuxtla Gutiérrez. Each of them reported an increase in positives, of up to 57 per week. None of these results are recognized by the Chiapas Health Ministry, even though at least one of these companies sends daily information regarding positive cases.

The increase has been constant. The private laboratory located on Quinta Norte street, near the Red Cross, carried out 130 tests between Thursday January 7th and Friday January 8th, of which 43 were positive. In other words, a third of those who went to the clinic did so because they had symptoms and had already contracted the virus.

Our team of reporters also carried out a public survey with people who agreed to share information via Google Forms. The results show that 7 of 10 of the 591 people who responded caught SARS-Cov-2 between December and early January.

Thirty percent had called the state laboratory in order to have them carry out the test, without any success, after which they went to a private laboratory.

Of those surveyed, 481 stated they knew someone who had died of COVID-19. Our team also interviewed two funeral homes. San José Crematorium said they cremate the bodies of four people who died from the novel coronavirus every day, that number was three a day for Funerales Tuxtla.

Every day, José Manuel Cruz Castellanos, the head of the Health Secretariat of Chiapas, meets with the state health committee to analyze the situation regarding COVID-19 infections.

On Friday January 8th, our investigative team approached him to ask about the increase in cases reported by the population of Chiapas and the numbers obtained from our interviews with pharmacies and private labs.

The civil servant explained that for the analysis of the health situation they carry out, which they report to the federal government so as to determine what color the state will be on the epidemiological stoplight, they only consider test results that come from the state health lab.

He said the laboratory tests don’t count, “because they are rapid tests…. They’re just an indication, and if they get sick we send them their medicine.”

The official said that the pandemic is under control in Chiapas, and that the state will continue under a “green light.” Currently, he said, there is a second wave, but “it is not even a quarter the size of the first wave, that is the reality that prevails in the state.”

In a later interview, Cruz Castellanos insisted that the antigen tests that are carried out in private laboratories give an idea if a person has COVID, but they do not represent confirmation of COVID, rather, these tests tell how the immunology of each person is, and any virus in the system can lead to a positive test.

In his view, those who have doubts should go to the state laboratory, “because we have many samples, good availability… we don’t need to lose hope.”

Our team of reporters called the COVID-19 helpline at 800-722-2020. There is also active online assistance for COVID. The service collects information regarding the general details of the patient, their symptoms and comorbidities, and enters it into a database.

The operator, after taking notes, doesn’t promise a team will come to the caller’s house to carry out a coronavirus test. Rather, the caller is evaluated to see if they are a candidate for a test.

The numbers by which the government determines the epidemiological stoplight, and which since November 23rd has seen Chiapas classified as “green,” are provided by various public hospitals and the Chiapas Health Secretariat. The green light “allows all activities, including educational activities.”

Since the first week in January, various organizations, from teachers to health workers, business people, the Red Cross, and citizens, have signalled that the official number of infections are erroneous.

During a press conference on January 4, Pedro Gómez Bámaca, the secretary of Section VII of the National Education Workers Union (SNTE), stated there were not conditions for a return to the classroom. From the outset of the press conference, his question was clear: “Who is lying to the president?”

Activists, businesses, and groups involved in the organization called Citizen Node, questioned the official numbers and noted that they could create a “false sense of security” which could lead the citizenry to reduce their safety mechanisms. They asked for the stoplight system to be reviewed, because, they said, Chiapas is not “green.”

María de Jesús Espinoza de los Santos, the general secretary of Section 50 of the National Union of Health Workers (SNTSA), explained that the second wave of infections has extended to the entire state of Chiapas.

We’ve had reports from Villaflores, Tapachula, where there were six patients transferred to the Polyforum, there are also patients in Palenque, Comitán, and in the Metropolitan Zone in IMSS, ISSSTE and ISSTECH hospitals. There’s 140-150 patients hospitalized with SARS-CoV-2.

In Tuxtla Gutiérrez alone on Friday January 8th, there were 134 people hospitalized with COVID. Six of them were healthcare workers. Nearly half (52) of those hospitalized were on ventilators.

The union leader explained that these are not official reports, but they are trustworthy because they come from Health Secretariat staff, or from family members of those who are ill who have approached union members in order to get medicine to treat COVID.

“The hospitals [in Chiapas] don’t have the capacity for more sick patients, the health workers are tired and there’s a lack of personnel to provide treatment,” she warned.

Fransisco Nazar, the Red Cross delegate in Chiapas, said that the state was experiencing a “predictable wave,”as  has occurred in other countries and other states of México, and that there was no reason to think Chiapas would be the exception.

For example, he said, on Thursday the 7th of January, the Red Cross received a quantity of calls for help similar to those received in June 2020, when Chiapas lived through the high point of the pandemic.

Now we’re in a clear second wave in Chiapas, and we can’t tell when it will end, Nazar explained.

Though the government of Chiapas has refused to recognize the second wave, some commercial establishments and bank branches decided to close.

Cruz Castellanos, the head of the Health Secretariat, said in an interview with our team of reporters that the first batch of approximately 45,000 doses of the vaccine would arrive on January 20. It will be used to vaccinate health workers on the front line of COVID-19, as well as health workers in the Army, the Marines, the ISSSTE, ISSTECH, Health Secretariat, and volunteers.

In order to “avoid influence peddling, the lists of all workers were sent to Mexico City, so the doses will come with their names on it,” he said.

There are more than 5.2 million people living in Chiapas, vaccinating everyone will take just over a year.

This report is an initiative of the Chiapas Media Alliance (Alianza Mediática de Chiapas), made up of Chiapas Paralelo, Alerta Chiapas and Gabriela Coutiño Freedom for Journalism.

This report was originally Published by Chiapas Paralelo, which is part of the Media Alliance organized by Red de Periodistas de a Pie. You can read the original here. 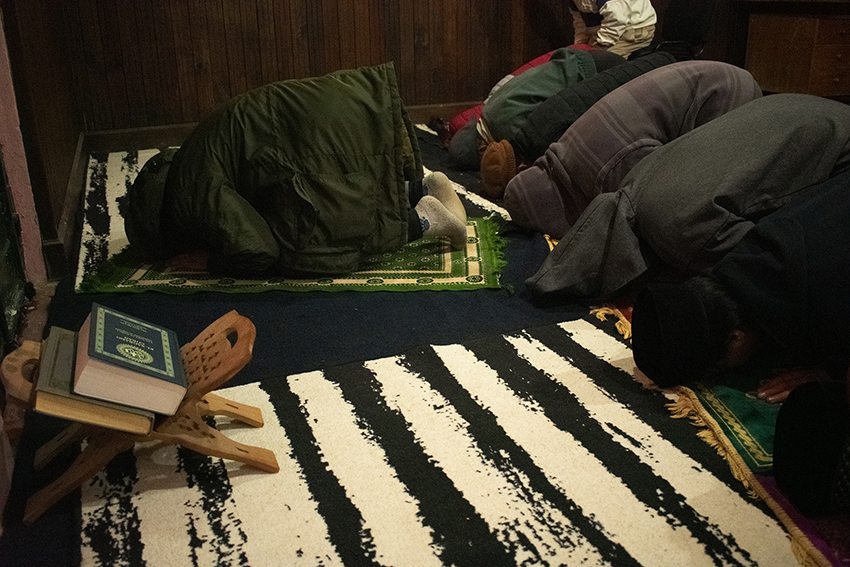 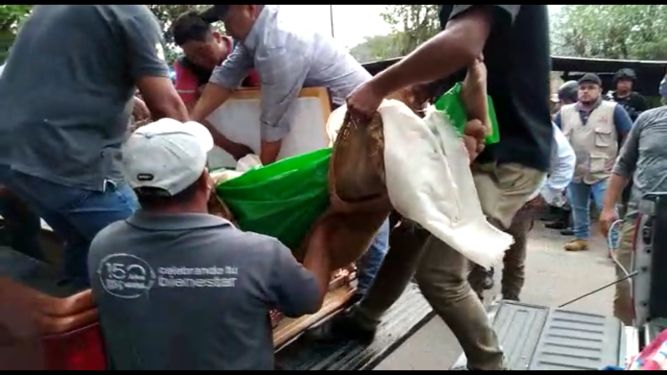 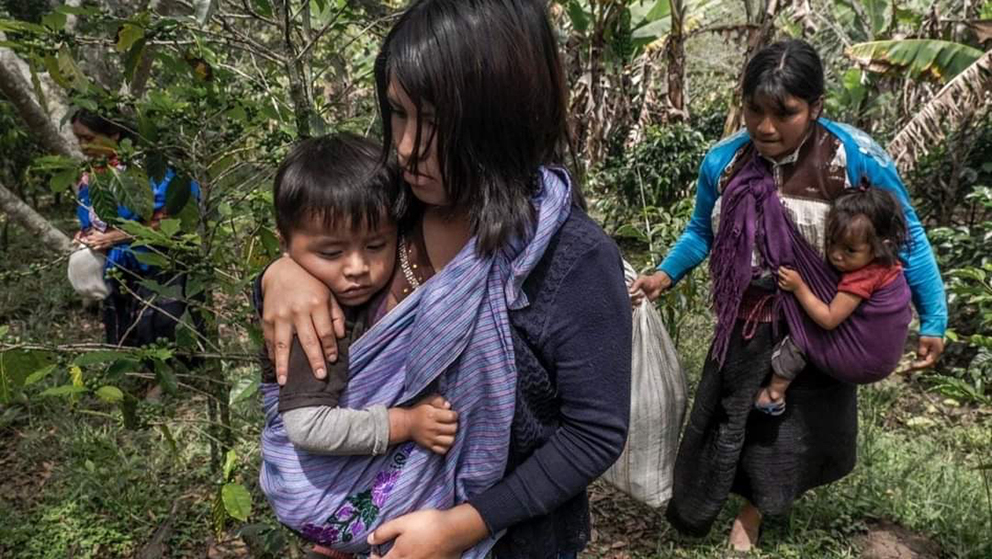 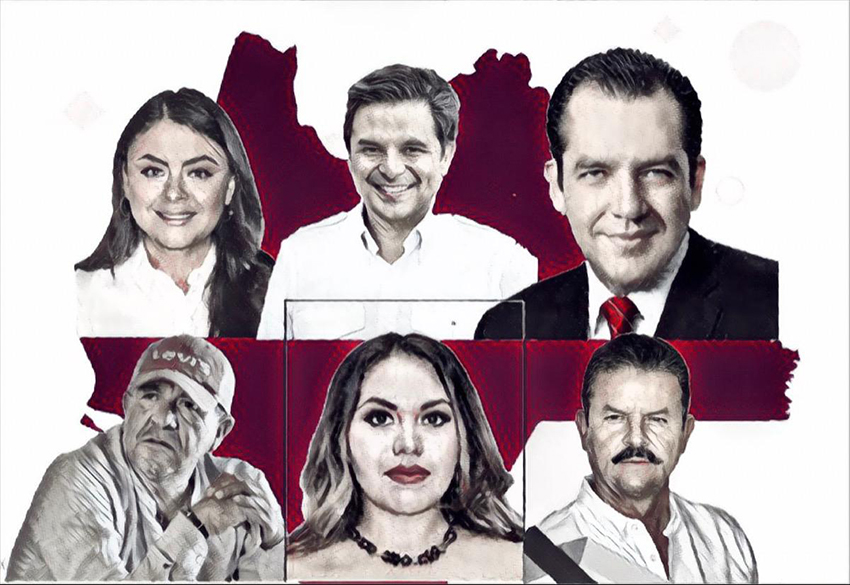